Once you unplug from the grid you are on your own except for your battery banks and solar panels to charge them with. But wait, there is another source of DC power and that’s from your tow vehicle charging system – alternator in short. Now how this is all connected is often referred to as a Battery Management System (BMS) and it needs to be done by the book or you will be in electrical trouble forever.

Efficient DC-DC battery management is essential in a caravan or camper trailer as voltage drop can be a major problem – particularly when off-the-grid for extended periods. Even today there are misconceptions on battery charging, and that is a hassle given caravanners’ increasing reliance on 12V power. Thus the BMS movement, with many utilising the latest technology in wireless battery management.

MENU - Car Electrical Systems. Contact Us, Find Us, Get a Quote, Make a Booking

What is a Battery Charge Management Device?

At Highway Auto Electrics we can fashion an efficient BMS in simple form or alternatively incorporate the very latest technology which takes responsibility for every which way charging of your batteries. This is a matter of needs against cost.

How is Battery Management Achieved?

An upmarket battery management device will come with the functionality of accepting charge from power sources other than alternator, such as accepting 240V AC power from the grid or a generator (works as a battery charger) or 12V DC power from solar. Multiple sources can be connected to the battery simultaneously and it will choose the best charging method intelligently. This comes in really handy with campers that have multiple power sources on the vehicle.

How Many Batteries Are Needed?

Batteries can be damaged if they are overly discharged on a frequent basis. Common lead acid AGM batteries have a rated cycle life of 500 at 50 per cent depth of discharge (DOD) and more than 1200 at 25 per cent DOD. This means, theoretically, when a battery bank is doubled in size, it will reduce the DOD from 50 per cent to 25 per cent and the lifespan of the batteries will extend more than twice! So what do we get? A battery system that costs less money in the long term and is also larger in capacity.

Here's a tip: If a battery bank goes down to 12V quite often, it’s time to consider increasing the capacity of the whole bank.

Discovering the amount of energy available in a battery is a complex task. There are many things to consider to accurately monitor the state of your batteries; battery age, discharge current and temperature all influence the actual battery capacity.

Be Clever About Your Power Consumption

A battery monitor is a useful investment, it checks on the battery power stored plus incoming and outgoing current also the state of charge for the battery. Without monitoring, batteries can be damaged through continual undercharging and/or over discharging. It’s highly recommended to install a battery monitor that displays not only the battery voltage but also the live current draw, amp hours charged and consumed, and the estimated state of charge of the battery. With these parameters, a good insight is gained of the operation of the energy system; thus enabling energy smart decisions such as turning off items that are not in use or changing out devices that have a high energy consumptions.

How Does A Battery Get Charged? 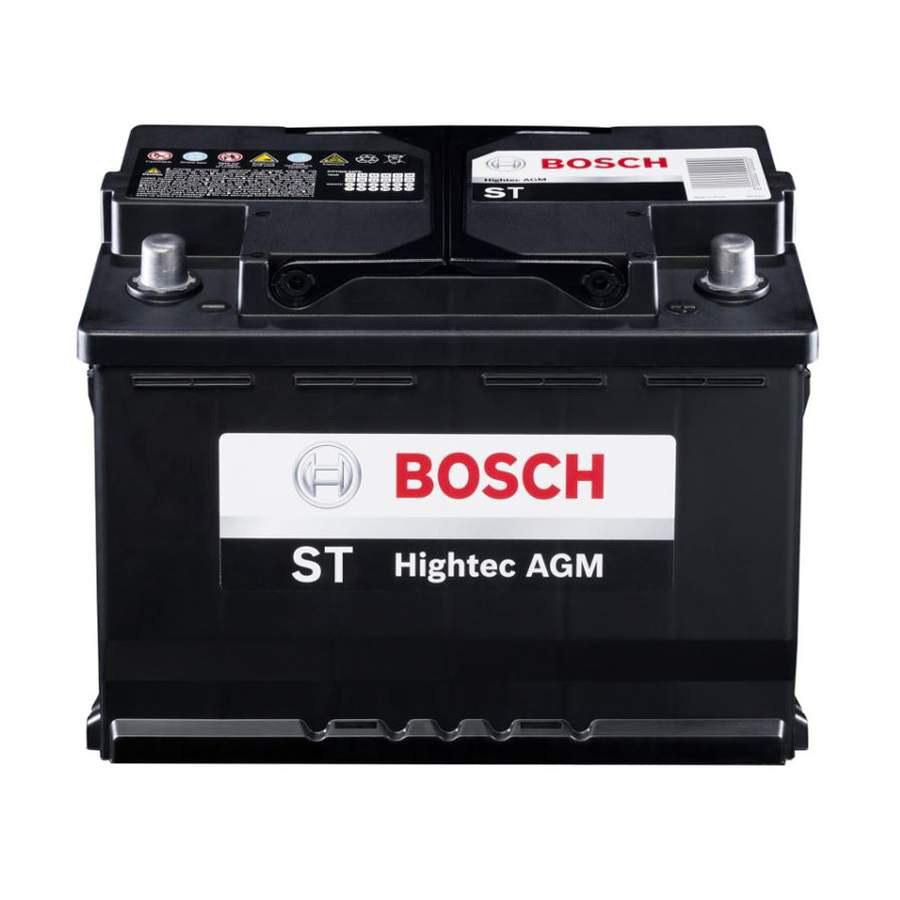 There are many ways to charge a battery and essentially it’s a matter of connecting to a source that has a higher voltage. The rate at which it’s charged depends on how much higher the applied charging voltage is than the battery that is being charged. Ideally, that voltage needs to be at least 20% higher, but there is a limit as to how high this can be when charging from a car system as the optimum charging voltage is too high for the car’s own electrical needs and damage will occur.

There are many variables here so it’s best to get expert advice on a system to accommodate your needs. Talk to Steve at Highway Auto Electrics about what’s a good fit for you.

Will The Car Alternator Charge My Caravan Batteries?

The vehicle alternator must be regulated. These days this is accomplished via the computer (ECU) in the old days it had a voltage regulator to do the job. The regulator senses the state of charge of the battery and cuts back output as the battery nears fully charge state. This is not a perfect solution as the battery is never really ‘Fully Charged’ maybe 80% in ideal circumstances.

Any battery below a remaining 20% of charge is effectively dead. It may have a life of only months if discharged repeatedly below about 40 per cent remaining charge. Battery makers typically quote 50 per cent. Thus, if a battery is charged only to 80 per cent and discharged to 40 per cent, only 40 per cent of its nominal capacity is available for use. Batteries in caravans may not even reach 65 per cent charge.

The reality is that even if batteries are almost driven into the ground when discharged, the loss of capacity is greater than you’d think, unless they are fully charged.

What is Voltage Drop?

The best analogy is to use the old garden hose as it is a parallel case. The pressure at the tap is never the same as the pressure at the end of the hose. I don’t know if the jargon for that is water drop but it duplicates voltage drop, so the longer the electric cable so is the greater the voltage drop. There are offsets to this and the simple one is to use heavier cable. Other situations can be resolved by using a relay.

The DC-DC controller revolution is here, not just due to the RV need but also because of the growing demands placed on the vehicle electrical system.

Today, even low-priced cars have more computing power than had early spacecraft. Their vehicle electronics are rugged enough, but typically require 13.8V to run, and some only 13.5V – far too low for charging. And they require that voltage to be stable. Further, adding an auxiliary battery bank may not necessarily cause problems, but is all but certain to be blamed if things go wrong. It may also invalidate the warranty.

The solution, the so-called DC-DC charger, is a box that is perceived by the car’s electrics as simply another piece of add-on kit. This box electrically isolates the auxiliary battery from the alternator, compensates for any (reasonable) voltage drop and converts whatever comes in to the optimum charging voltage and administration for any specific size and type of auxiliary battery.

Whereas many other so-called solutions fix only marginally more problems than they introduce, this one really is a genuine technological breakthrough. In one go, it solves most of the electrical problems that have plagued caravanners for close to a century. In particular, it finally enables caravan batteries to be properly charged, and their fridges to work at a capacity a lot closer to that intended for them.

What Is The Solution? 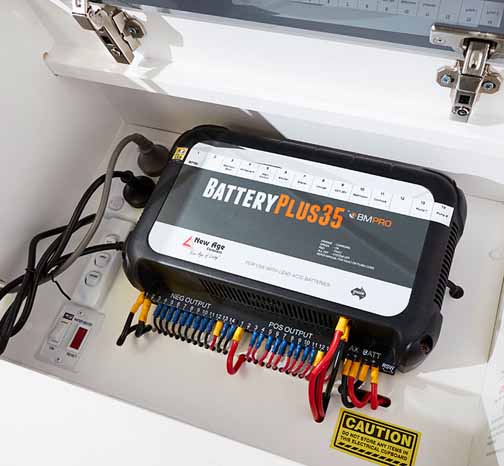 Some DC-DC control units provide these adaptations. More sophisticated battery management versions, such as Redarc’s BMS1230 series, also have inbuilt solar regulation, multi-stage mains battery charging and remote readout. This simplifies adding solar and increases reliability by combining functions. This is because most electrical troubles are caused by poor connections inappropriate gauge cable and/or lack of 100 per cent compatibility. Now, many external connections are eliminated, and compatibility is built in. If a vehicle has solar modules, the Redarc unit, for example, will automatically select whichever source (alternator or solar) provides the greater charge.

DC-DC charging solves many problems all in one go. The industry should regard this as the preferred method of connection for any application where an alternator-connected battery needs to be charged fully. It should also be seen as the routine way of connecting any battery mounted in a caravan or camper trailer. Redarc’s Manager30 (BMS1230s2) is a state-of-the-art battery management system that is ideal for recreational vehicles, caravans and camper trailers with multiple battery banks.

It comes with a lithium profile enabling you to charge the new wave of LiFePO4 batteries (lithium iron phosphate) as well as traditional lead acid, gel, calcium and AGM batteries. You can keep your auxiliary batteries charged from 240V mains power, your car battery and solar panels. And it is rated at a big 30A so it knows how to take charge.

The Enerdrive ePOWER DC2DC+ Smart Charger delivers three primary charge stages: Stage 1 – Bulk or Boost charge; the battery is charged at full rated output current of the charger until the battery reaches its final charging voltage, known as its absorption voltage. In this step, around 80 per cent of the battery is recovered as fast as possible.

Stage 2 – Absorption charge; with the charger voltage held steady, the remaining 20 per cent is replaced with the charger allowing the current to taper off as the battery approaches full charge.

Stage 3 – Float; finally, in the float stage the charger voltage is lowered and held at a constant and safe predetermined level. This prevents the battery from being overcharged, yet allows the charger to supply enough current to make up for the self-discharge losses of the battery, while supporting any additional loads connected to the battery (such as DC lighting and refrigerators). This stage allows for the charger to be used as a DC power supply.

Because we care about you, we take pride in our workmanship on which we offer a lifetime guarantee*.

We place honesty and integrity above all else so be assured you will get the best of the best at Highway Auto Electrics Rockhampton.

Auto Air-conditioning HOME PAGE Caravan Services Exclusive Vehicle Health Check Report
You and your car are important to us, so we want to give you the best car service possible. Here's our promise to you: 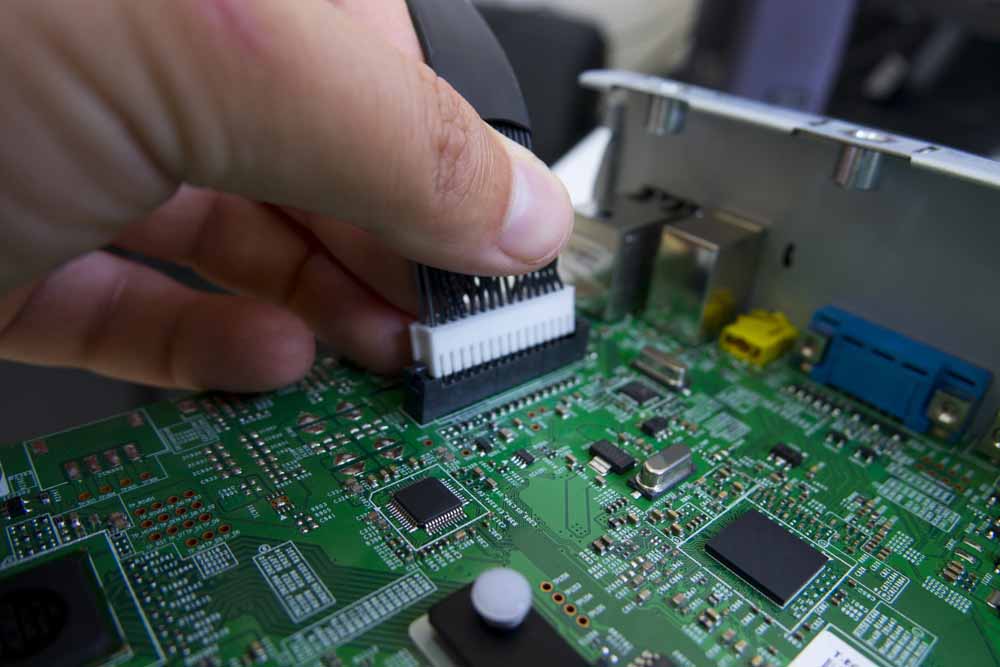 We'll treat your car like it's our own. Your car will be serviced by our skilled and experienced technicians.

You'll receive a fair price with no hidden extras. You'll get our honest advice about what needs to be done. Because we don't invent problems, we just fix cars.

We'll never start work on something without your approval. Ever. You'll always get a quote and we'll explain your options before any work starts.